On a bright sunny day in Carson at the Carson Community Center, SCMAF celebrated its 50th Annual SCMAF Institute. The SCMAF Institute provides parks and recreational professionals an opportunity to enhance their job skills through a series of trainings. This year’s Institute Committee, chaired once again by Sherre’ Titus (City of Cerritos), did an outstanding job organizing the event. The Institute Committee is responsible for securing all the vendors, educational sessions and Keynote Speaker for this annual event. This year’s Institute's sponsors were SCORE Sports, Cal South Soccer and Musco Lighting Inc.

The primary goal of the SCMAF Institute is to provide parks and recreational staff with a valuable and affordable training opportunity. Registrants this year had the opportunity to select three educational sessions among 15 topics. Educational sessions ranged from problem solving, leadership, youth sports and customer service.

The Institute kicked off with a welcoming address by Ramsey Jay, Jr. Ramsey is a Wall Street trained global investment management executive, and Founding Principal of Ramsey Jay, Jr. and Associates, a strategic consultancy  specializing in institutional sales solutions, corporate communications, diversity and inclusion programming, enterprise leadership development, and executive talent management. Additionally, Mr. Jay is a self-improvement author of the best-selling book “Empowering Dreamers To Become Achievers”, international subject matter keynote  lecturer, and empowerment motivational speaker. Notably, Mr. Jay made opening remarks at the White House where former President Barack Obama hosted an event honoring the philanthropic legacy of Ray Charles. Mr. Jay is a native of Ventura County where his academic, civic, and athletic exploits earned him a place in the Ventura High School Hall of Fame. Ramsey's message was one of thanks because he was brought up participating in parks and recreation programs and those programs helped shape him into the man he is today.

This year’s Keynote Speaker was former NFL side judge Dr. Laird Hayes, who came out on his birthday to speak to the attendees. Born in Santa Barbara, California, Dr. Laird Hayes was an American football official in the National Football League (NFL) from the 1995-2017 NFL seasons, who wore uniform number 125. He worked primarily as a side judge. Hayes' officiating career started with basketball, baseball, and football games in high school and community colleges. In 1983, he was elevated to the Pac-10 as a football  official. This was followed with a 1995 appointment to the National Football League roster of officials and his designation as a side judge. During his career in the NFL, he has officiated in three Super Bowls: XXXVI in 2002, XXXVIII in 2004, and XLVI in 2012 where he made a call which might be consider one of the greatest calls in Super Bowl history. He also officiated at the 2006 Pro Bowl. Hayes is currently a Commissioner on the City of Newport Beach Park, Beaches and  Recreation as well as Newport Beach Fire Department Community Emergency Response Team (C.E.R.T.) Volunteer.

For the second year in a row, the SCMAF Institute hosted a Cornhole Tournament with 32 teams participating. The City of Chino and Honorary Member Dave Dill ran the tournament. The winners were the team of Traci Fuentes and Garrett Craig (City of Torrance) who defeated Nick Reyes and Salvador Ortega (City of Carson). The winners each received $25 gift cards to Buffalo Wild Wings.

Also at the Institute, SCMAF and MILS presented three recipients with Student Scholarships. The recipients were Andrea Terry (City of Cypress), Donna Salazar (City of South Gate) and Brian Sousa (Boys and Girls Club of Santa Monica). Congratulations to our scholarship winners. Funds for the MILS/SCMAF Student Scholarships are raised through the 50/50 raffles throughout the year, the MILS/SCMAF Golf Tournament and the MILS Poker Fundraiser. At this year’s Institute, SCMAF was able to raise close to $225.00 which will benefit 2020 scholarship recipients.

After the Institute, SCMAF hosted its Post Institute Social with a Trivia Bowl over at the DoubleTree Hotel. New host Justin Gonzales (City of Chino) and Cory Banfield (City of San Bernardino) tried to stump the 30+ participants with a various array of trivia. The finals scores were close with first and second place being only separated by 10 points. Everyone had an enjoyable time and walked away with a prize.

Thanks to everyone that attended the 50th Annual SCMAF Institute. SCMAF looks forward to holding this event for the next 50 years and seeing everyone again at next year’s 51st Institute. 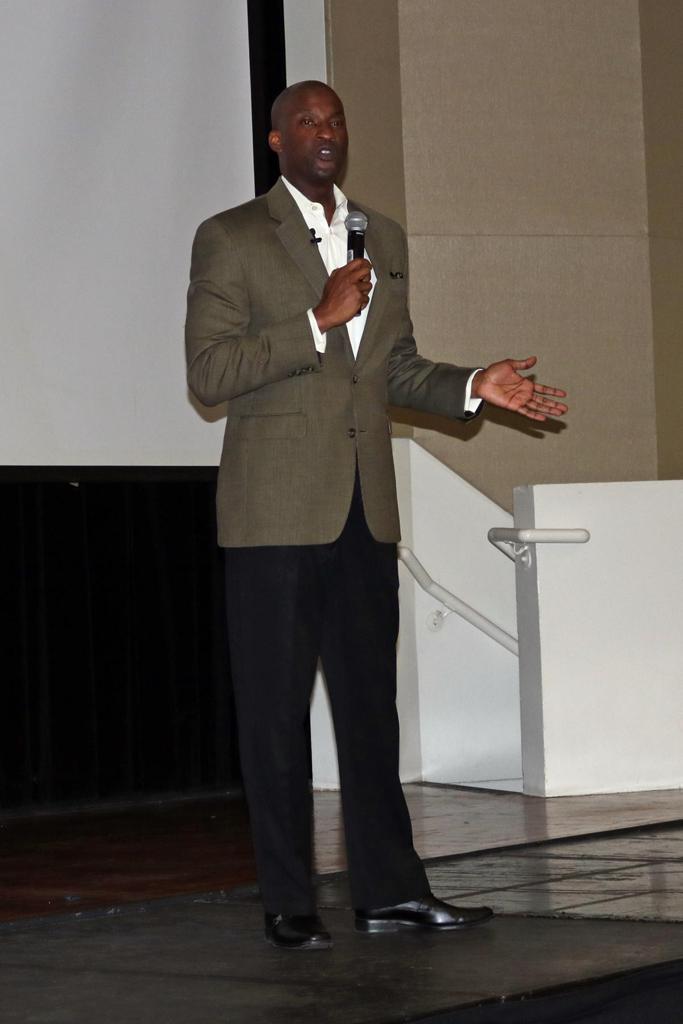 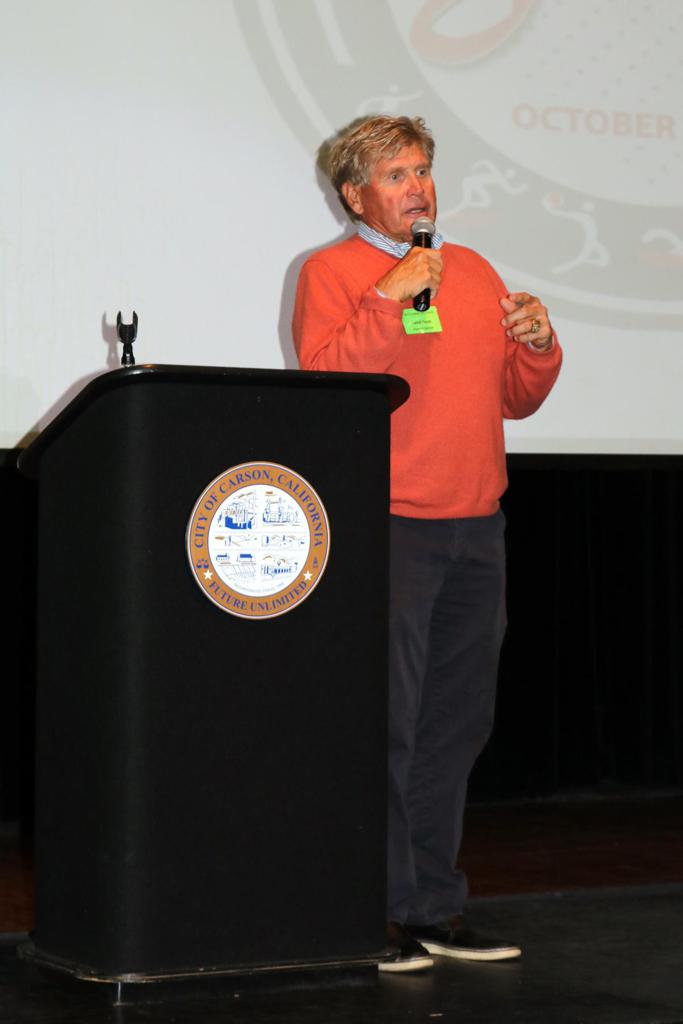 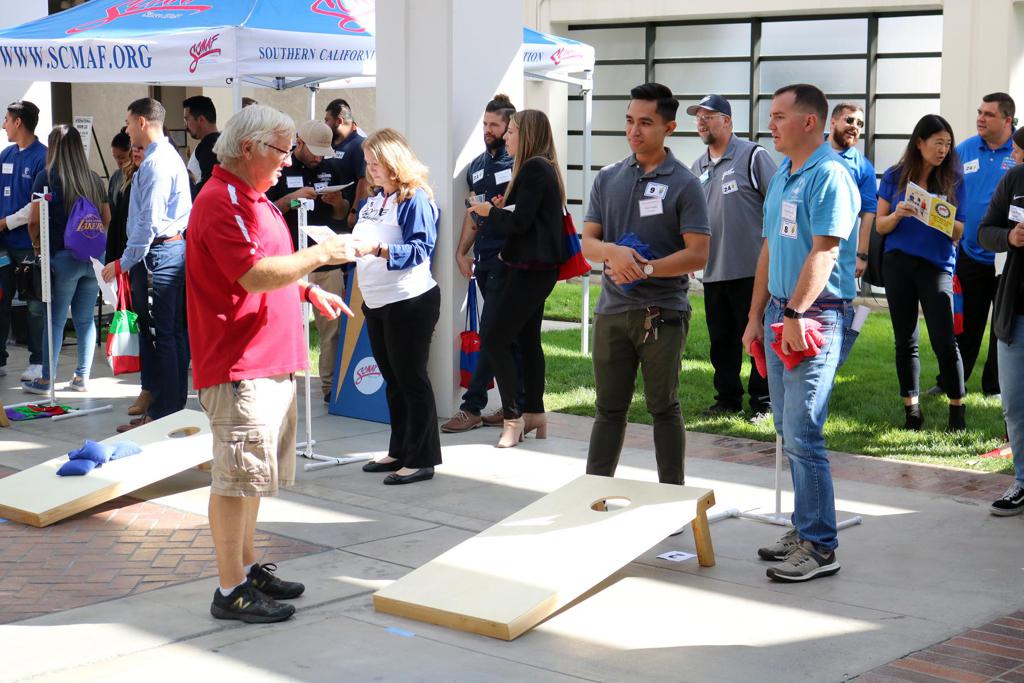 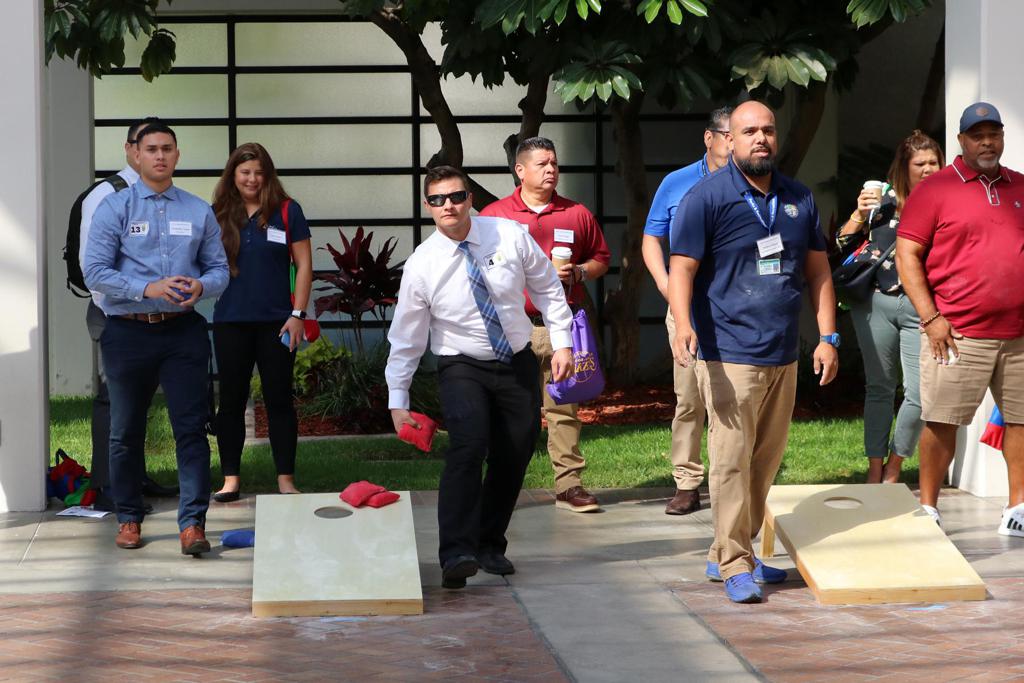 Ready to let it fly! 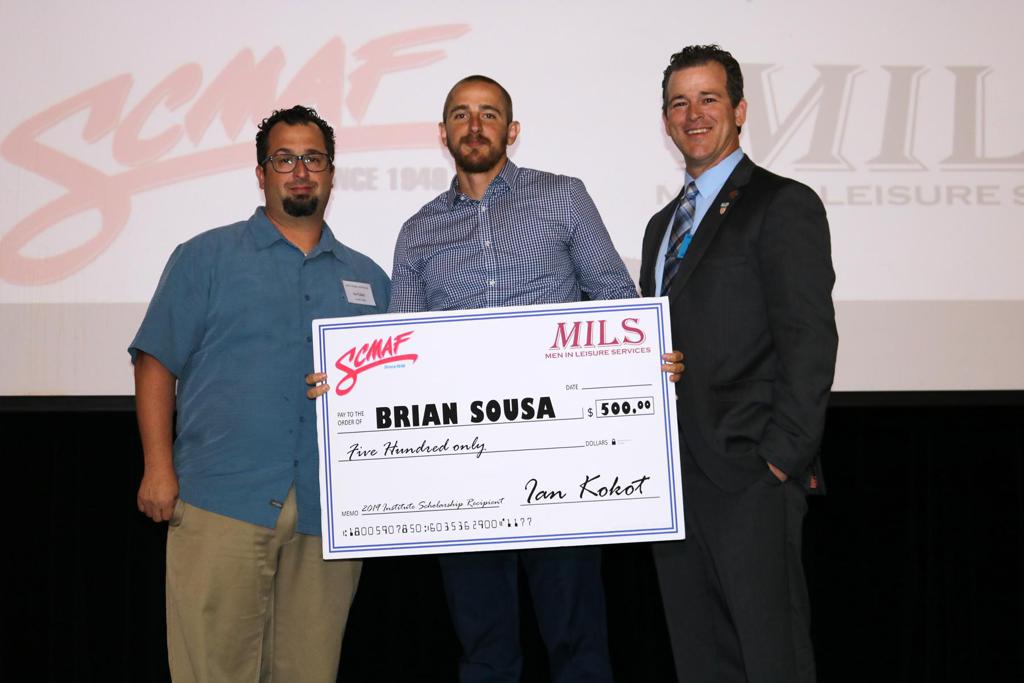 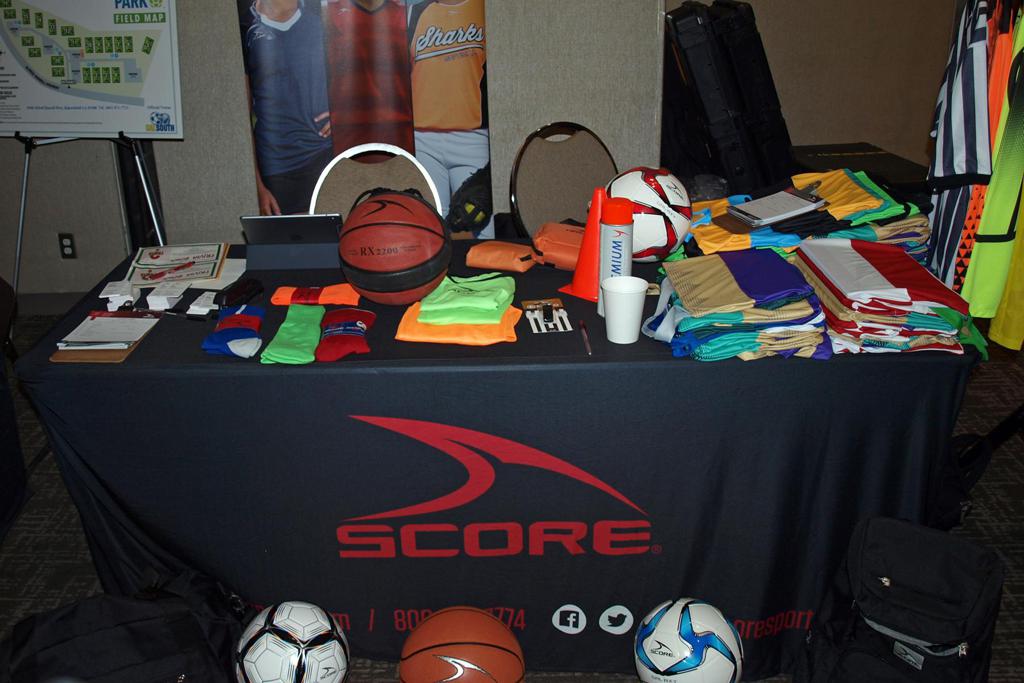 Sponsor SCORE Sports ready to go at the Vendors' Fair. 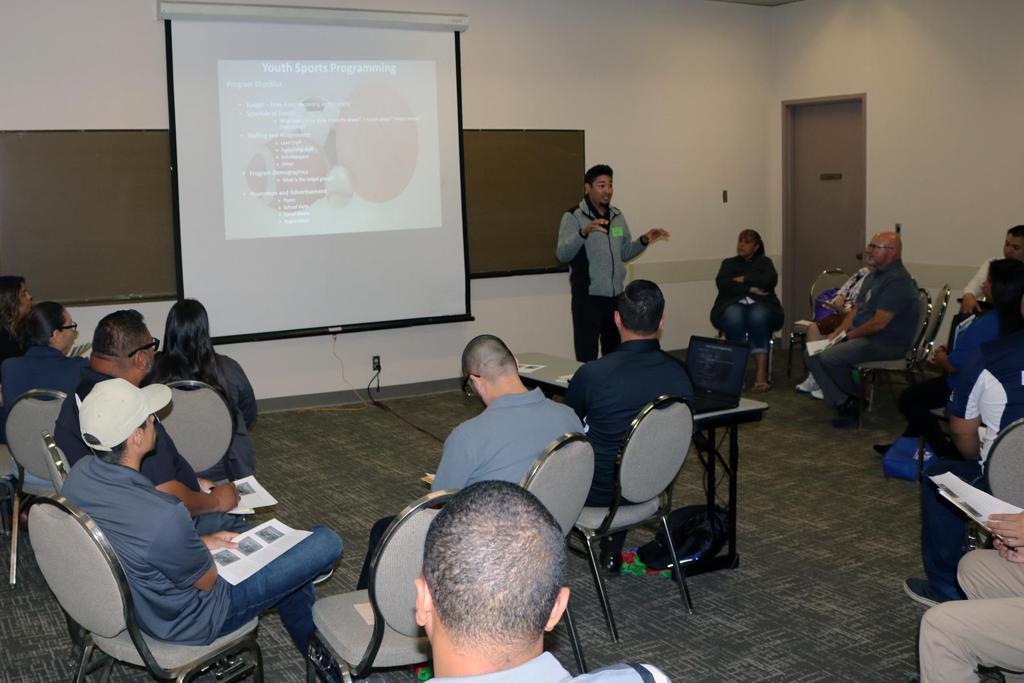 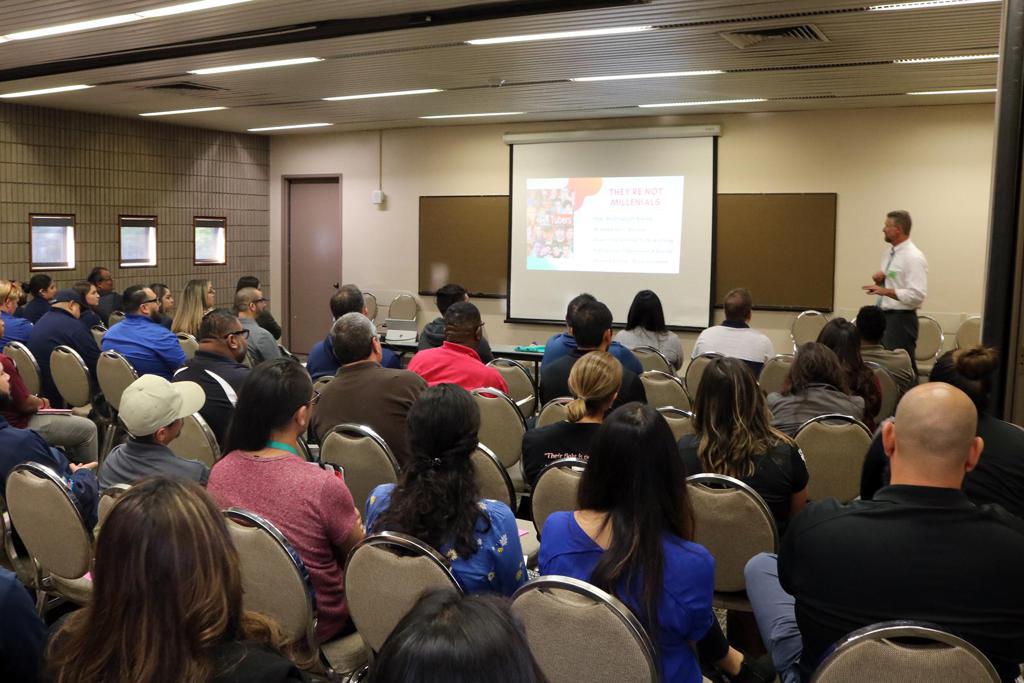 Not an empty seat in the room. 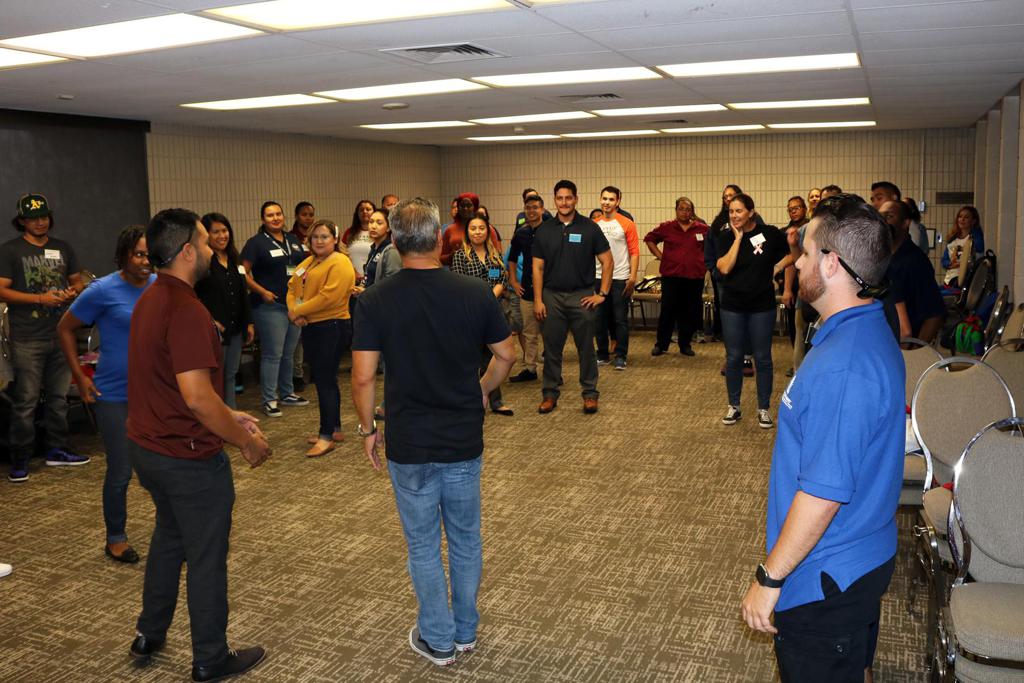 Yes, learning can be fun! 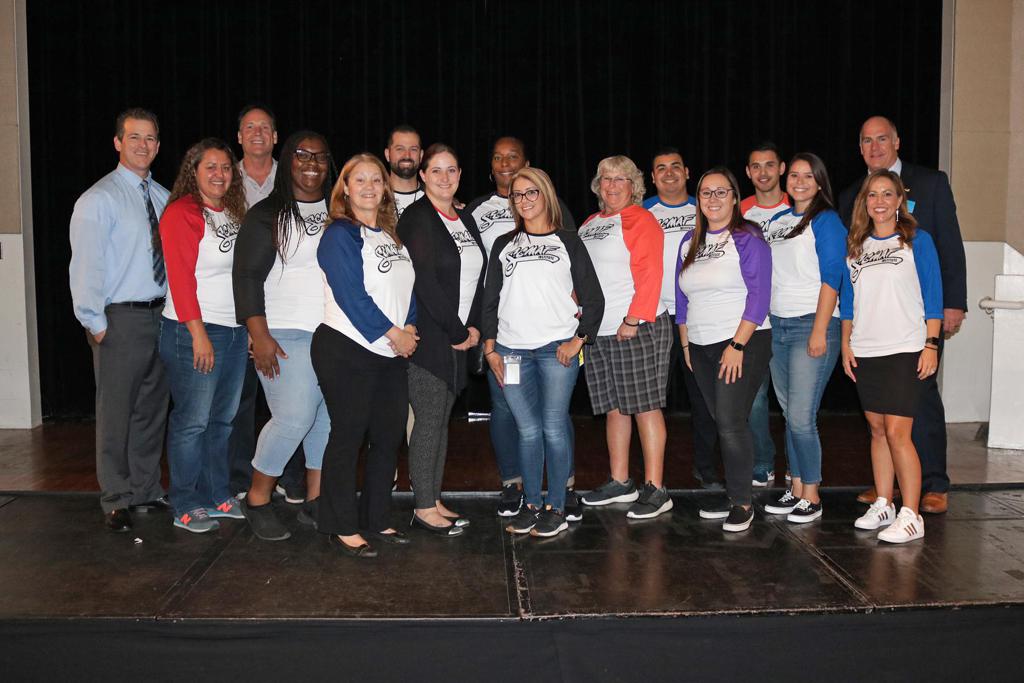