SCMAF Celebrates 70th Year at the Awards and Installation Banquet

Plenty of certificates and plaques were presented at SCMAF’s Annual Awards and Installation Banquet which was held at Lakewood Country Club in the City of Lakewood. SCMAF was celebrating its 70th year and proud to honor those that have served this past year and to those whom have served SCMAF in the past seven decades.

The evening began with a brief welcome from the Master of Ceremonies, David Coleman (City of Apple Valley). David introduced SCMAF President Tim Grierson to the stage to begin the festivities for the night’s banquet. Tim went on to praise SCMAF for its 70 years of service to the southern California community and how this event recognizes SCMAF’s members and agencies who have gone above and beyond their commitment to SCMAF.

Tim spoke of the federation’s rich history and took time to recognize the Honorary Members and Past President of SCMAF in the audience. Honorary Members are those men and women who were Active or Associative members that have retired from the Parks and Recreation profession. Tim then thanked the 2019 Association Officers in attendance and everyone during the past year that helped contribute to SCMAF’s success which included contributions from the following sponsors: Los Angeles County Department of Parks and Recreation, Cal South, Musco Lighting Inc., Innovative Playground Company, Burke, Kix Soccer Centers, Score Sports, Spalding/Dudley, Diamond Sports, Challenger Sports, Specified Play Equipment Company and CPRS District 14.

After the presentation, dinner was served while a video created by Manuel Cantu (City of Santa Fe Springs) was screened. The video was a presentation of all the wonderful memories that SCMAF has created during its 70 years of service. The video highlighted SCMAF sports, both old and new while highlighting previous SCMAF Members from 1949 to today. Laughs were heard throughout the banquet room by all seeing younger versions of themselves while working hard or enjoying many of SCMAF’s social events throughout the years.

After dinner and before the awards presentations were to begin, a brief presentation was made to all the past SCMAF Presidents in attendance. Without all their hard work and dedication to furthering recreation sports in southern California, SCMAF would not exist today. Past Presidents in attendance were: Mike Shively (1981), Garth Nelson (1986), Ralph Aranda (1993 & 2008), Deryl Lloyd (1998), Teresa Bruns (1999), Jeff Van Sickle (2005), Manuel Cantu (2009), Daniel Schneider (2010), Carlos Espinosa (2011), Dave Dill (2012), Kevin Ellis (2013), David Deleon (2014-15) and David Coleman (2016-17). President Tm Grierson presented the Presidents 70th Anniversary SCMAF hats and thanked them for their service. Mike Shively spoke on behalf of the presidents and was excited to see the long strides that SCMAF has made over the years and looks forward to seeing continued success. David DeLeon also spoke to announce he will be chairing SCMAF’s new 501c3 non-profit, A Better Life Through Sports Foundation, and looks forward to getting that started with its first official event in the coming months.

As the banquet came to an end, it was then time to install the new 2020 Board of Directors. Past-President Jeff Van Sickle (City of Garden Grove) served as the installing officer. After many thanks, Jeff relieved the 2019 Board of their duties and presented the new 2020 board, with some help from some building blocks. The new 2020 board is as follows:

Kenny Harris, City of Carson – BASE

After the installation of the 2020 Board, new SCMAF President Rich Carr addressed the audience and thanked them for their support. He addressed his commitment to his new position and his willingness to grow SCMAF into an even stronger Federation. The banquet then came to a close and the audience was invited to a President’s Party in Long Beach.

Special Thanks goes to the Awards and Installation Committee, once again led for the twenty first year by Sherré Titus, for all of their hard work.  Pictures and Award recipients have been listed on the SCMAF website: www.scmaf.org/awards 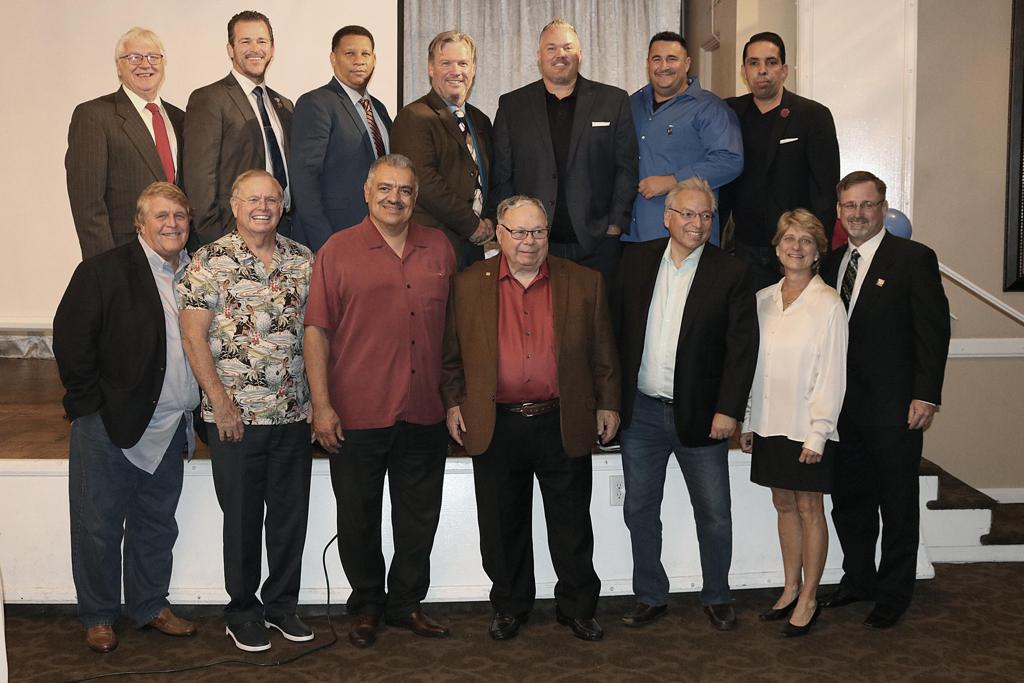 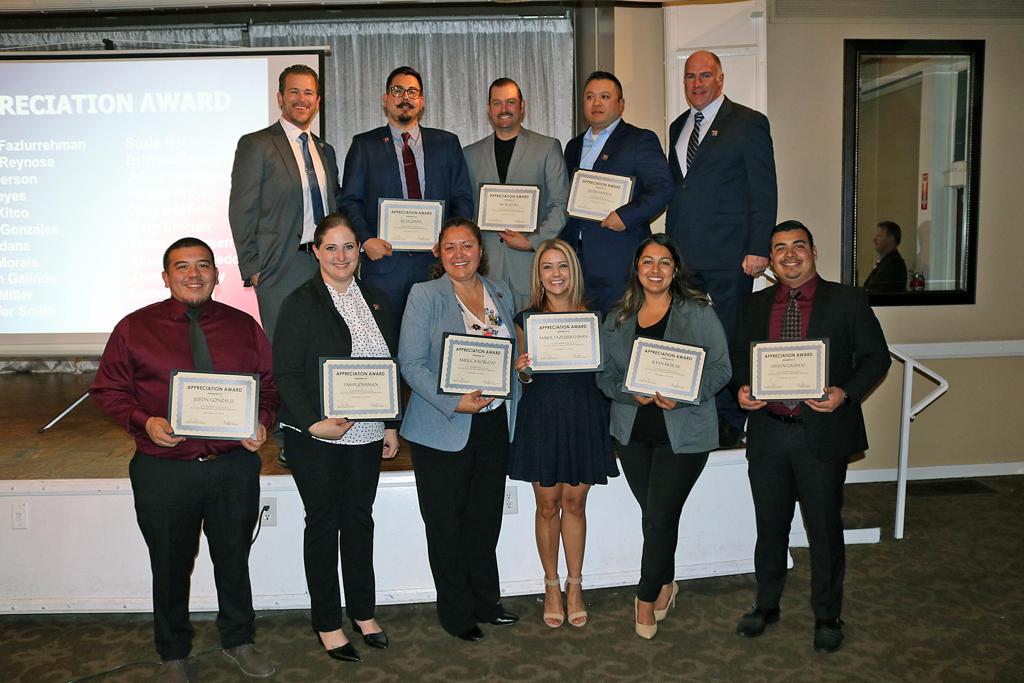 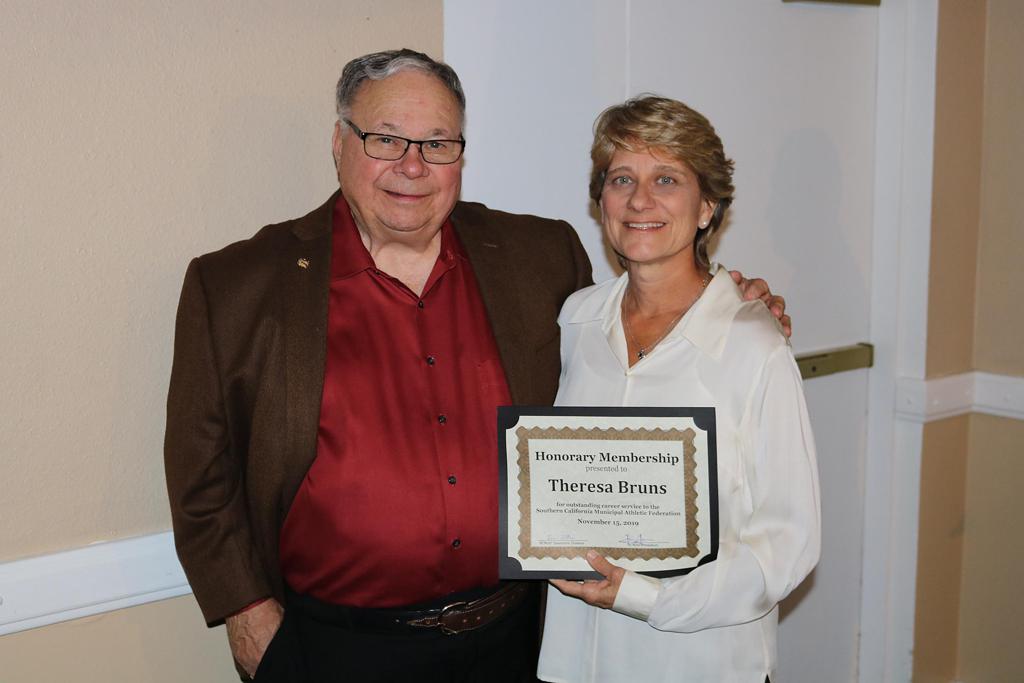 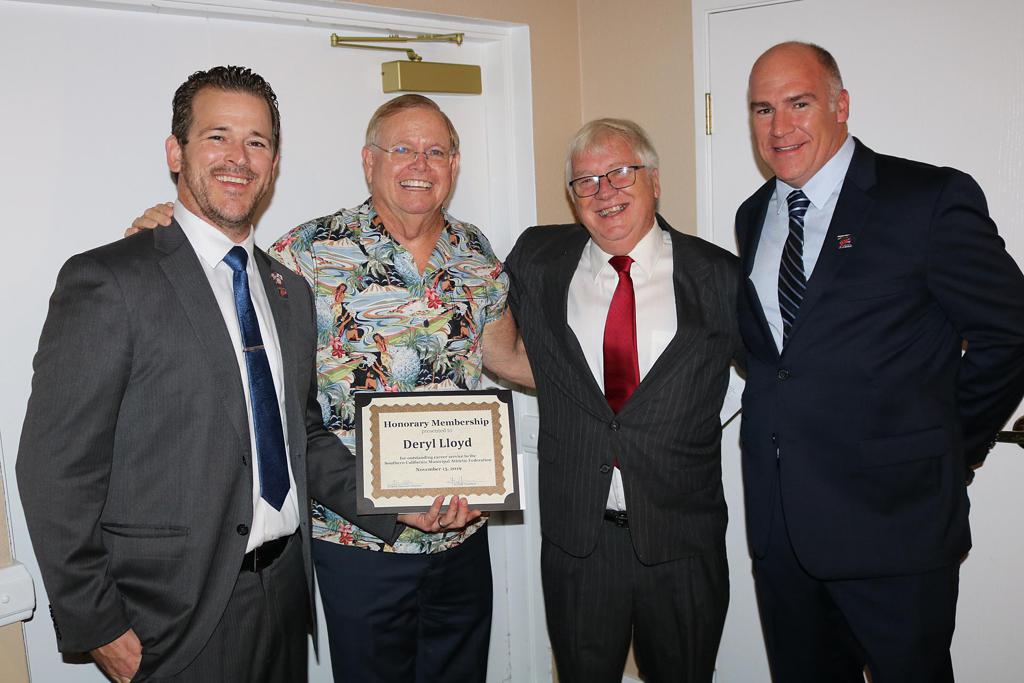